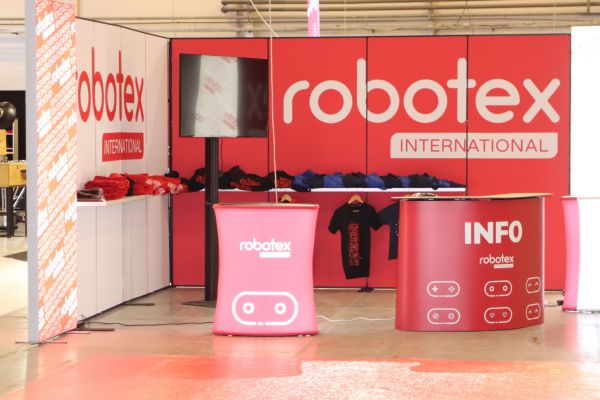 Competitors, students of all ages and adults from all the districts of our country participated in the International Competition gaining experiences from the groundbreaking event, as well as important distinctions.

Specifically, a team of high school students from Y. Laouris Informatique Private Institute in Paphos won the second place in the 14 years of age for the LEGO SUMO challenge. Also, significant positions were gained by teams of students who participated in the Line Following and Maze Solving challenges. Impressive was the presence of our 7 Cypriot teams with students from primary schools who exhibited their functional constructions on "My First Start-up" to the international public.

The teams that represented us in Tallinn are the winners of the respective Pancyprian competition held in June at the University of Cyprus. CCS is proud of the successful presence of the Cypriot delegation at Robotex International and express gratitude to the organizations that support Robotex Cyprus, namely Cyprus University and Youth Board of Cyprus as co-organizers, Cyta as Strategic Partner, Bank of Cyprus as Youth Supporter and ENGINO and UCMAS as gold sponsors.

You can follow Robotex Cyprus on social media and you can to find out about the next robotic events, such as the Robotics Show that will be held this Saturday, December 8, at Public at The Mall of Cyprus.

Robotex Cyprus: The pancyprian robotics competition organized based on the

standards of the international competition NPO ROBOTEX of Estonia.